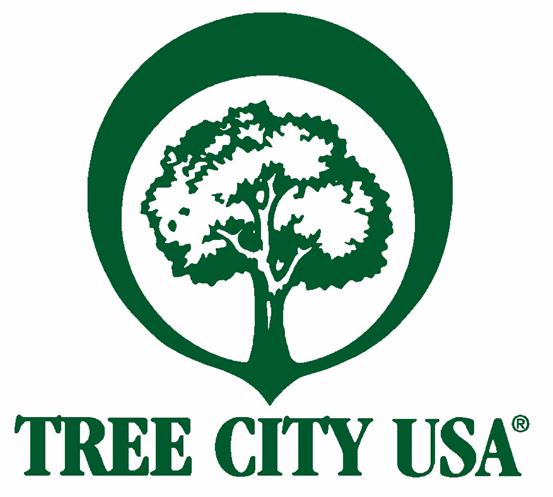 The sight of topped trees is all too common in the communities and along the roadways of America - trunks with stubby limbs standing naked in the landscape, trees stripped of all dignity and grace. Trees are often topped because they grow into utility wires, interfere with views or solar collectors, or simply grow so large that they worry a landowner. But, as one arborist has said, "Topping is the absolute worse thing you can do for the health of your tree. 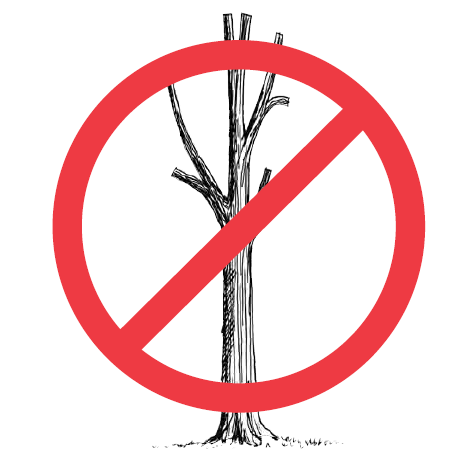 Starvation: Topping removes so much of the trees leafy crown that it dangerously reduces the tree's food making ability.

Shock: By removing the protective cover of the tree's canopy, bark tissue is exposed to the direct rays of the sun. The resultant scalding can cause the tree's death.

Insects and Disease: The exposed ends of topped limbs are highly vulnerable to insect invasion or decay fungi spores.

Weak Limbs: New branches that grow from a stubbed limb are weakly attached and more liable to break from snow or ice weight.

Rapid New Growth: Instead of controlling the height and spread of the tree, topping has the opposite effect. New branches are more numerous and grow higher than before.

Ugliness: A topped tree is a disfigured tree. Even with new growth it never regains the grace and character of its species.

Cost: The true cost of topping is often hidden - lower property values, expense of removal and replacement if the tree dies.

Topping is against city ordinance and may result in a penalty in addition to a fine in the amount of the damage and reduced value of the tree. In some cases, severely damaged trees will be required to be removed and replaced.