The City of Coeur d'Alene, in conjunction with Kootenai County, the City of Post Falls and the Centennial Trail Foundation,
received a Recreational Trails Program Grant in 2017. The grant allowed us to r
epair and seal-coat all 23 miles of the trail.

Click here for a video of the Centennial Trail

Description
The North Idaho Centennial Trail is 23 miles long, extending from the Idaho/Washington state line to Higgins Point, 6 miles east of Coeur d’Alene at the end of Coeur d’Alene Lake Drive. You can walk, jog, or bicycle on a Class I & II paved trail. At state line, it connects with the Spokane River Centennial Trail, which extends through Riverfront Park (22.5 miles west of the state line) and on to Nine Mile Falls. 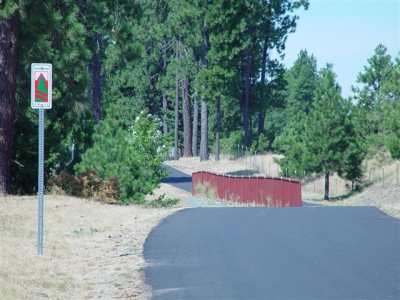 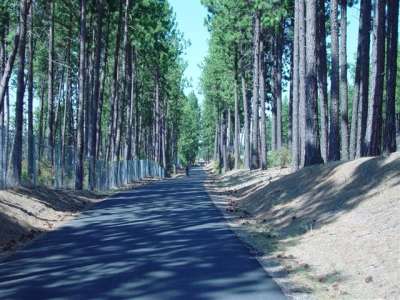 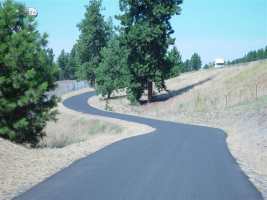 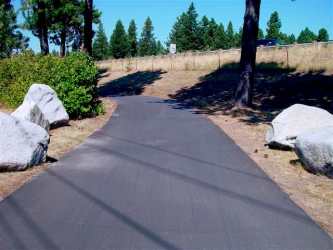 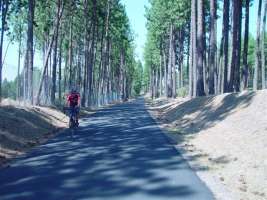 DonationRecognition
A Centennial Trail monument is located at Independence Point by Lake Coeur d’Alene. This is a good way to show support for the trail, recognize special people, or establish memorials. To have a name engraved on the monument, please contact us or send it exactly as you would like it to appear (not to exceed 22 characters) along with a contact name, address, phone number, and a check or money order in the amount of $150 to: The North Idaho Centennial Trail Foundation, P.O. Box 5163, Coeur d’Alene, Idaho 83816. 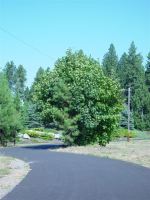 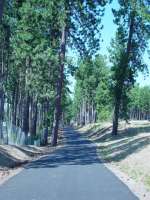 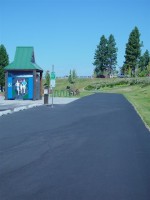 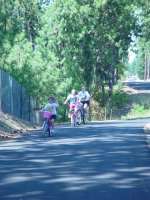 Centennial Trail Rules and Regulations
The following rules and regulations help to protect the trail and trail users:

For information on how your organization can become involved in our "Sponsor-A-Mile" program contact Theresa MacLennan at (208) 292-1634.