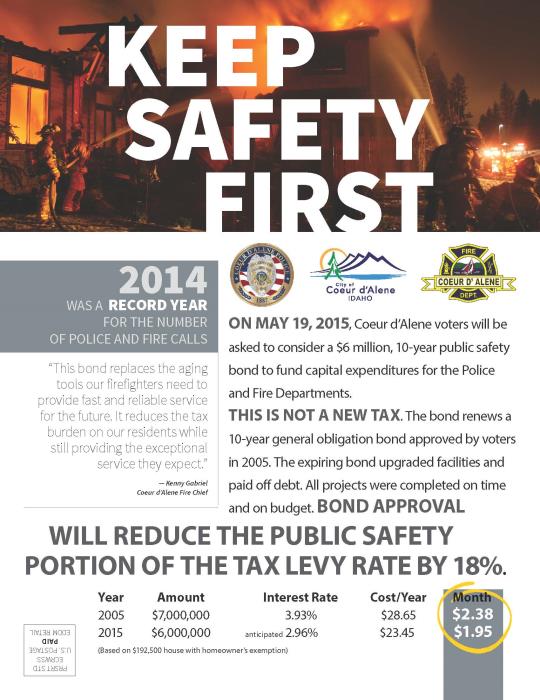 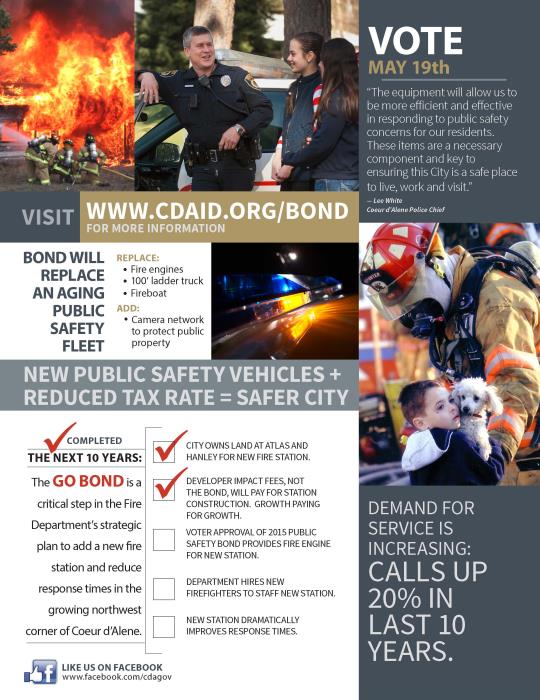 
Voters passed a Public Safety General Obligation bond in 2005. What benefits did the citizens get from it?

•             A regional Public Safety training facility for PD and FD was established and the FD formed a strategic partnership with NIC for use in fire science and EMT degree programs.

•             Fire station 2 was remodeled and brought into ADA compliance and provided gender specific living spaces and provides a community meeting room for the public.

•             The bond allowed the fire department to keep pace with increased demands for service over the last 10 years.


With the approval of the 9.5 million dollar General Obligation Bond in February 2005, the City Fire and Police Departments

have enjoyed much needed upgrades to both their living and training facilities.

The bond allowed for the payoff of the new Police Department Headquarters on Schreiber Way as well as the city’s newest Fire Station on 15th St.
Also funded was the remodel of Station 2 and new training facility and pole building, situated behind Fire Station #2, located on Ramsey Rd.
The pole building houses a workout area and mat room and is shared by both Police and Fire personnel.

In addition, the bond provided funding for the new Fire Department Headquarters Building, located on 3rd St and Foster Ave,
which was completed in May of 2008.  The final project of the General Obligation Bond is the remodel of the City's
Fire Station #1, located at 4th and Foster Ave.  Construction was completed in July of 2009.

With the completion of Station 1 remodel, this will complete the distribution of Funds from the
2005 General Obligation Bond.