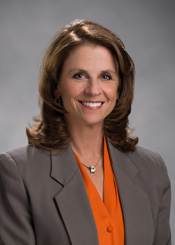 Kiki Miller has been a Coeur d'Alene resident since 1975.  She has owned Kagey Company, Inc., a local marketing, publication and promotions firm, since 1992.  She has served as a Coeur d'Alene Chamber of Commerce Executive Director, as a Women's Center Board Member (regional domestic violence organization) and has been named Volunteer of the Year for both the Coeur d'Alene and Post Falls Chambers.  She also received Woman of the Year honors from the local Soroptimist organization and has volunteered or been appointed to several leadership roles for numerous organizations and nonprofits as well as managing several area events.  Kiki and her husband have one son who attends a musical theatre conservatory school in New York City.