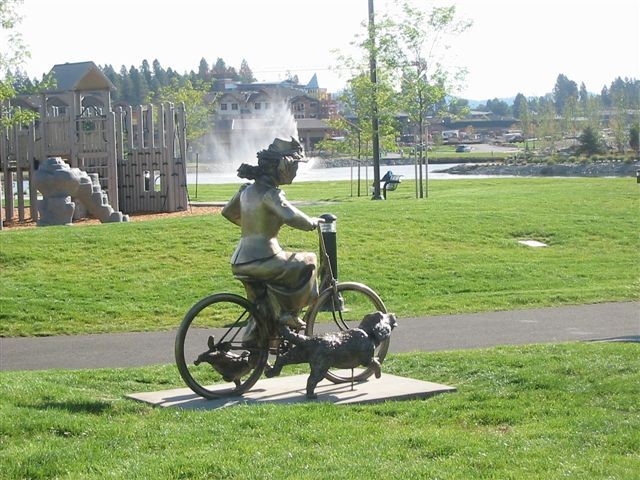 Acquired in 2005 by the Coeur d'Alene Arts Commission as a gift from the North Idaho Centennial Trail Foundation.

The statue was originally located on the Centennial Trail near Stateline. It depicts a turn of the century lady cyclist accompanied by two dogs. In the summer of 2003, vandals severely damaged the statue and it was subsequently removed and placed in storage since funds were not available at that time for repairs. On June 21, 2005, the Coeur d'Alene Arts Commission voted to acquire the statue and have it repaired and bronzed.

The statue was subsequently relocated to its current home in Riverstone Park in May, 2007.