The City of Coeur d'Alene purchased nearly 47 acres of Spokane River waterfront property that was the former Atlas Mill site in 2018 with the goal of creating permanent, public waterfront access and encouraging economic development initiatives on the site.  The City purchased the property for $7,850,000 and the sale was recorded on May 16, 2018, making the sale official.  The City began the process of purchasing the Atlas Waterfront property in May of 2017.  The project size was increased to approximately 70 acres by including a triangle parcel that was acquired through a land exchange and vacating un-used road right-of-way along the south side of Seltice Way.

The City of Coeur d'Alene is working in partnership with ignite CDA and the project management team from Welch Comer and Heartland LLC to develop the property.  The project is currently in the first phase of development, which includes Areas 1, 2, 5B, 6, 8, 10 and 12.  Construction is underway in Areas 1, 2 and 6 currently.  The public open space and Atlas Park are open for use.  Atlas Park and the public open space can currently be accessed from Suzanne Road (through Riverstone) for vehicular traffic and can be accessed from Riverstone Park for pedestrians, bikes and other non-motorized users.  The public open space is approximately 24.5 acres with 3,780 linear feet of beautiful public shoreline along the Spokane River. 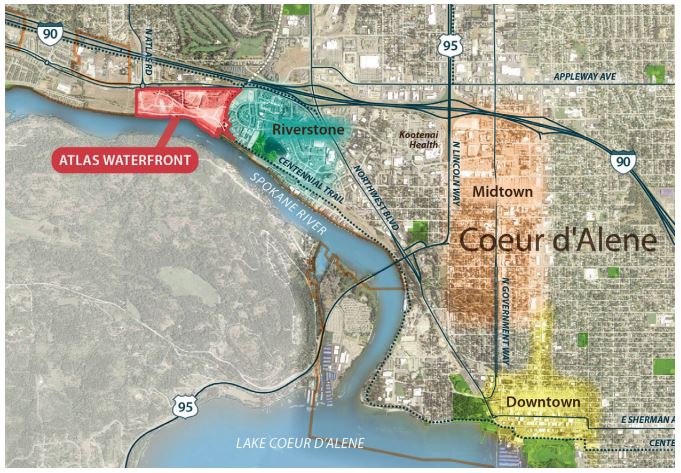 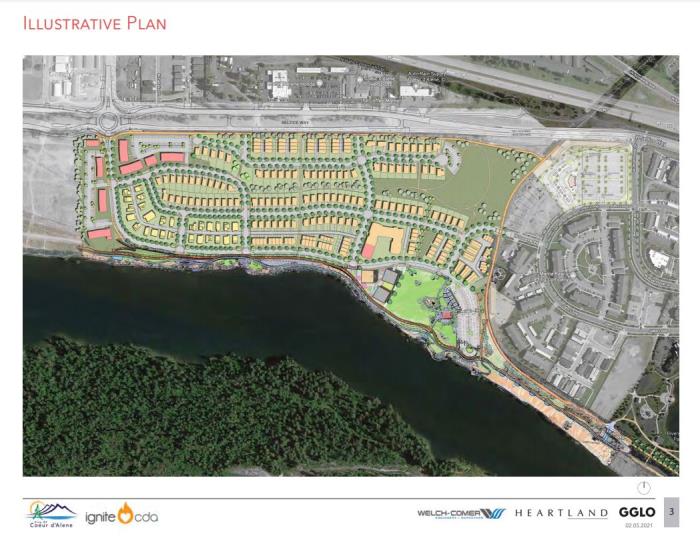 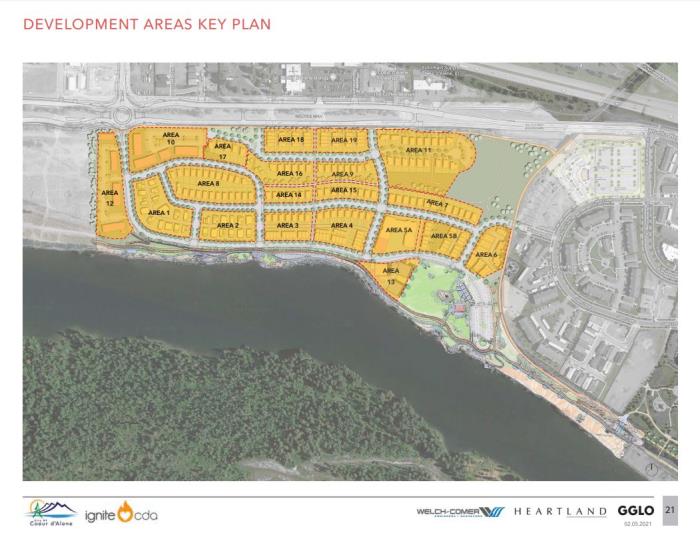 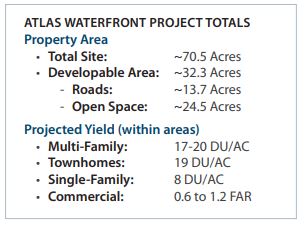 The Planning Commission approved the Planned Unit Development and Preliminary Plat for the Atlas Waterfront Project at their November 12, 2019 meeting.  This included the Atlas Waterfront Neighborhood Development Standards.  A minor modification to the PUD was approved by the Planning Commission on March 10, which clarified allowed uses within specific areas of the project, allow for the maximum number of residential units to be moved between areas or blocks so long as the total count is not exceeded, and add clarification on development standards such as fencing and gates. There was a second PUD amendment in February 2021. A third PUD amendment as approved in March 2022.

PROJECT PROGRESS: The recent presentation and update to the City Council by Phil Boyd (Welch Comer) and Tony Berns (ignite cda) on July 20, 2021 is posted here showing the pre-existing conditions and progress of the Atlas Waterfront neighborhood.  A video montage of project progress (created by ignite cda and also shared at the July City Council meeting) is available for viewing at this link.