The Traffic Team was established in 1995 in an attempt to reduce the number of injury accidents in Coeur d’Alene. Using statistical data, Traffic Officers work targeted areas experiencing high accident rates or other traffic problems.

The focus of the Traffic team is accident reduction in high impact areas through traffic education and enforcement. In 2016, Coeur d’Alene was the 4th highest in the State of Idaho overall for injury accidents. Coeur d’Alene is the 5th highest for accidents in the state when compared by city populations. 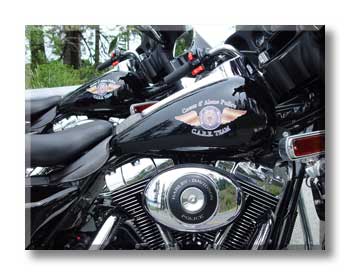 The Motor Unit is a function of the Traffic unit. A shining feature of the motorcycle is it's mobility that allows for maneuvering better in high accident areas while conducting traffic enforcement. Motorcycle patrols are typically in effect except in winter months.
The Motor Unit participates in events such as Ironman and the 4th of July Parade. 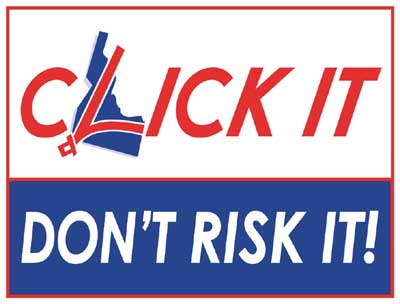 Idahoans are encouraged to “Click It, Don’t Risk It!” by increasing seat belt and child safety seat use.  Failure to be properly restrained violates Idaho law requiring all occupants of a vehicle to be buckled up and puts all vehicle occupants at risk of death or injury in the event of a crash. Idaho law requires:

* All occupants must be properly restrained.

* Adult drivers with any unbelted occupants under 18 years of age will receive a $10 citation.

In addition to an emphasis on seat belt violations, officers will be on the lookout for children who are not properly restrained. Idaho law requires children to be in child safety seats until they reach seven years old.  However, parents are encouraged to keep their children in booster seats until they reach 8 years old and 80 pounds. A booster seat elevates a child so a seat belt can fit correctly. Most seat belts are designed to protect an average–sized adult male. Young children using only seat belts are at risk of injuries to the abdomen and spine, and are four times more likely to suffer a serious head injury in a crash if they are not secured in a booster seat. The fine for failure to use a child safety seat is $84.00. The Coeur d’Alene Police Department receives funding to aide in their efforts to save lives by conducting safety restraint enforcement patrols. These funds, received from NHTSA, are dedicated to increasing safety restraint use in Idaho.

The Traffic Team's primary goal is to reduce injury crashes through enforcement and education. Specifically, they identify areas in the City of Coeur d'Alene in which there is a high crash rate, evaluate the causes for those crashes, and focus directed enforcement attention on those areas.