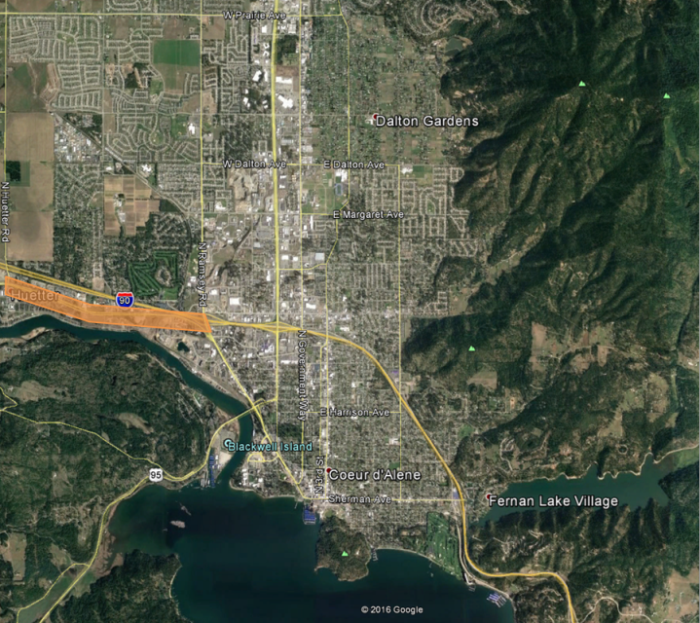 Expect to see construction personnel and equipment on site starting the week of April 10, 2017.  Construction activities will occur the remainder of 2017 and possibly spill over into 2018.  The road will be constructed in two primary phases, and require multiple changes and restrictions to traffic to protect the public and construction workers.

Starting during week of April 10, traffic between Huetter Road and Riverstone Drive will be shifted into the existing westbound lanes (north side).  Traffic will be limited to one lane in each direction while most construction work occurs on the eastbound lanes (south side).  There will be some underground utility work that occurs on the north side, but it will be outside of the travel lanes.

To minimize conflicts with construction work, the intersection of Grand Mill Lane and Seltice Way will be closed during this phase.  Those living, visiting, and working in the Mill River area are encouraged to utilize Huetter Road to access Seltice Way.  Traffic will remain in this configuration until work on the south lanes is substantially complete, which should be around mid-July 2017. Note: Access to Idlewild Loop will remain open.

As soon as the eastbound lanes are paved with new asphalt, traffic will be shifted to the south side so work can begin on the north side.  Like Phase 1, traffic will be restricted to one lane in each direction.  At this time, the intersection of Grand Mill Lane will be partially or completely open to traffic.  Phase 2 is expected wrap up in mid-November 2017.

During both phases of construction, work will occur at roundabouts planned for Grand Mill Lane and Atlas Road.  Short and varying shifts in traffic should be expected in these areas.  That said, all traffic lanes will be clearly marked for motorists.

Access to property will be maintained during all phases of construction.  However, there will be occasion when are accessed via temporary drive lanes and driveways.

Transit service will remain in operation during both phases of construction.  The transit stop locations will be clearly marked, but will move as necessary to accommodate construction activities.

Emergency services and mail delivery will be maintained during all phases of construction. 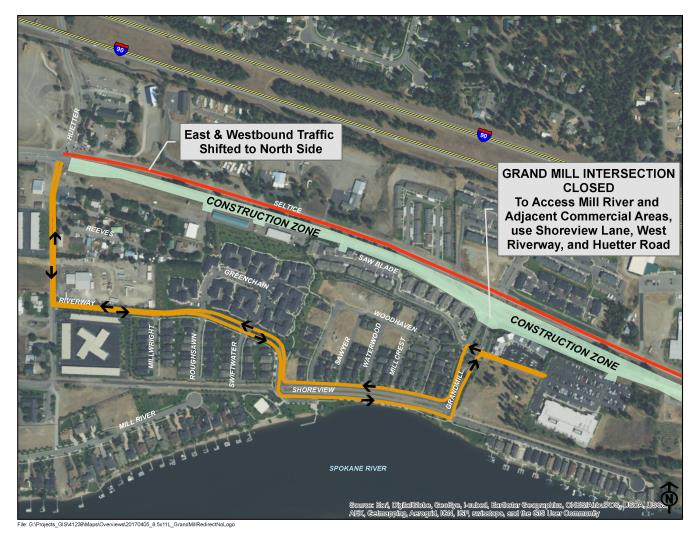